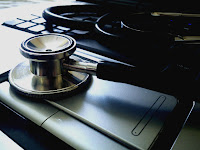 My first car was a 1981 Ford Escort. The car was far from new and I learned about auto maintenance the hard way (one car component and paycheck at a time). The saving grace was the warning light on the dash. When I saw something light up, it was time for another repair. For the longest time, I wished my DS (Digital Signage) systems had a similar simple warning/alert on the dash BEFORE something happened...

Diagnostics on DS solutions have gotten better over the years. Third party software has helped a lot with this. Many companies build diagnostics into their systems where the system will alert a client if something isn't playing and make sure there's a place-holder bit of content in the interim. Some systems even go so far as to report what the problem is and what's failed. Here are a few techniques people use for System monitoring:

Eyes on the Prize:
Many systems use a digital camera which is often on a network. This requires someone to physically be checking-in on the system periodically. So long as the camera and network connection are functioning, this is a fairly reliable way to check-in on systems, but they require someone to take a look. The person viewing the system may not be aware of what content is running and a system may be stuck on a single piece/frame of content when it's supposed to be running multiple frames/sequences. The system is only as good as the operator.

Third Party Applications:
On the IT (Information Technology End) there are loads of software to monitor networks and various systems running on the network itself (my favorite software is Nagios for this). On the localized-end of things (for single computers or simple networks) people have relied on LogMeIn, TeamViewer, AMMY Admin and other systems which allow you to put a host monitor on a computer/player which will tell you if the player is active or inactive and often has features which allow you to power-cycle a system remotely or remote-in to the system to find out what's going on. While this is great for general monitoring, these primarily only notify you when something has occured, they're not very pro-active and don't typically have options to dig deeper into secondary components for reporting (i.e. telling you if the display itself is on/off and if the network is mapped/running). Again, the system here is only as good as the operator as it requires someone to check the list of active players/systems and verify things are working as they should. Just because the player is running, doesn't mean the display is up and working...

Hardware/firmware Diagnostics:
These are reportables built into the system itself. Often this is available on the higher-end DS systems though many component manufacturers are stepping up and creating reportables for their systems which kick back to a main server or source to tell if everything is okay or not. This is the most ideal solution as these systems not only report on active status, but often keep a running log of performance so a person can get history on an issue; has power gone out repeatedly at a particular location? Is the issue with a single component periodically failing or several components? When did the system go down and how long has it been inactive? Newer systems are also giving pro-active reports which show when a critical component (i.e. an AC-to-DC converter/power supply is drawing too much or pushing too little power to the system which indicates the component requires a check or replacement BEFORE failure.

When you're checking with manufacturers of systems, see what they've put into the dash for a warning system. The dash warning system on my old car saved me from a lot of long walks to a garage or from being stranded in the badlands (before the days of cell phones). Similarly, a solid reporting/monitoring system can save end-users and your company A LOT of headaches and often avoid problems before they arise. Make sure the manufacturer you're dealing with has some sort of system monitoring to light the way when problems arise (or before they happen) so you're not left in the dark.

*I invite you to comment here and/or email me directly with requests at deacon@vantageled.com. Vantage LED has white paper resources and more educational material on the website (http://www.vantageled.com), please check it out when you have a moment. Note all posts/thoughts/writings are strictly the viewpoint of me and me alone and do not reflect nor speak for Vantage LED’s beliefs, attitudes, thoughts, etc. unless specifically noted.
Posted by Deacon at 3:30 AM