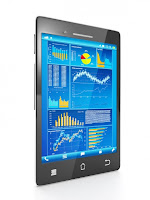 Digital Signage (DS) and LED Signs have gotten somewhat easier to implement over time, but they're still very complex and daunting and the means of controlling the DS Solution can be the most frustrating component. Whether it's a few LCD screens in a building, an LED Sign on the street or a network of interior and exterior LCD and LED displays nationwide, the solution needs to be scalable, easy to access and (ideally) easy to use.

For a long time, the only way to access and control the systems was through a network of computers running software which connected everything and made it all work. With the development of Cloudware and Web Apps (which one could argue are one and the same thing), software is going to the wayside just like pay phone booths and "rabbit ears" antenna on a TV.

Cloudware/Web App
It's very likely you've accessed a web app/cloudware recently. Have you logged in to email on the web via Gmail/Yahoo/Rocketmail/Hotmail-MSN (now outlook.com)/others? Do you have Netflix/Hulu? Watched a YouTube video? These are all examples of web apps running on the cloud. When the five year old at home decides to be helpful and wash their parents' laptop with a sponge and hot soapy water, all is not lost. The email can still be accessed from the web as well as many documents the parents likely edited using Google Apps, Microsoft's 365, documents saved to Dropbox or a similar online "Storage" site, etc.

The cloud means universal access to the programs and information which are important to you without being locked-down to a single computer/access point. These days, web apps can be run on just about any device (smartphones, PC, Mac, tablet, etcetera). If a computer is broken or the smartphone's battery dies, grab another computer someplace and logon. Public terminals (PCs, Macs, other) are being almost as accessible as payphones used to be back in the day.

DS systems now often come with a component which is web app or cloud-based. Many manufacturers are completely moving over to the cloud. End-users no longer have to worry when their computer crashes. They won't lose the content, schedules and programs as it's all saved to the cloud (data storage centers in various locations which are usually backed-up frequently). Once the end-user has access to another computer, the programs, schedules, content and such are there waiting for them to get back to work with. The systems themselves are no longer reliant on a single server or computer to run them. In the past when a server went down, the player were nearly useless. Modern independent controllers/players can "check-in" with the cloud systems and update content, handle schedules and information without relying on a server which may or may not be available.

There are some disadvantages to the cloud (i.e. the network goes down, the customer forgets their login information, a display can't communicate for some reason) but these same problems exist with software on a computer. The biggest difference, when the network is down the players will still run, the customer can request a new password which will often automatically be emailed to them, many cloud-based systems have auto-reporting so they'll alert you to a device not communicating or playing. The advantages far outweight any  concerns raised when making the move.

When you look to the cloud, what do you see? Is your DS solution shaping out up there or is it all a jumble? Feel free to write-in with requests/questions/desire for more detail. We're happy to dig as deep as you need to go to understand the new technologies out there and how to take advantage of them. These days it's a good idea to firmly plant your feet on the ground with your head in the cloud.

*I invite you to comment here and/or email me directly with requests at deacon@vantageled.com. Vantage LED has white paper resources and more educational material on the website (http://www.vantageled.com), please check it out when you have a moment. Note all posts/thoughts/writings are strictly the viewpoint of me and me alone and do not reflect nor speak for Vantage LED’s beliefs, attitudes, thoughts, etc. unless specifically noted.
Posted by Deacon at 3:30 AM

Hi Deacon, thank you for sharing this interesting topic. Are there any DS suppliers using the cloud technology now on LED displays?

Vantage LED has SM Infinity (check it out at www.sminfinity.com). You can email me directly for more information. I've heard of some applications other LED Display manufacturers are "working" on, but haven't seen anything released which is really cloud-based (often they have content stored on an FTP server, but the actual software still has to be installed). More manufacturers are catching on to the need for Web Apps, but SM Infinity is the first real solution I've seen (which works on different LED Sign brands) that's really cloudware.